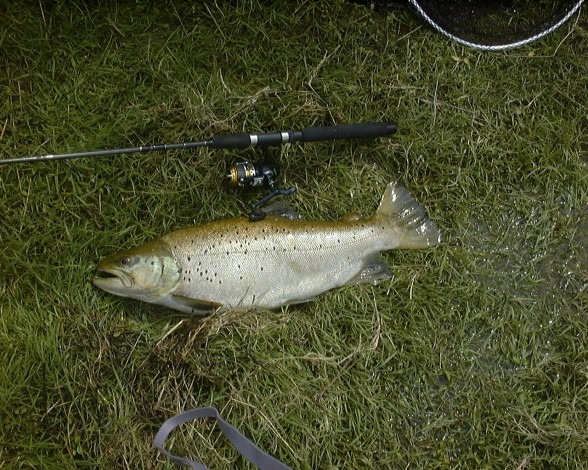 While fishing a backwater for our big New Zealand perch which had only produced 3 lb fish I cast to open water with a little current and the bait had barely landed when this big swirl caused a vortex in the water as the bait was taken. The line sang as the fish took off and I knew this was a real big one. About 10 minutes later I had my first sight of a very large spade tail and realized that I had latched onto a very big brown trout. Twenty minutes later I had it in my net but only just, I guessed the length at a couple of feet or so but the digital scales showed a weight of 11 bl 2 oz. Two photographs and back into the water; five minutes passed before it kicked away back into the depths. Only then did it dawn on me this was a personal best by a massive 2 3/4 lbs WOW!