Bass Caught by Phil with Mister Twister in Minnesota 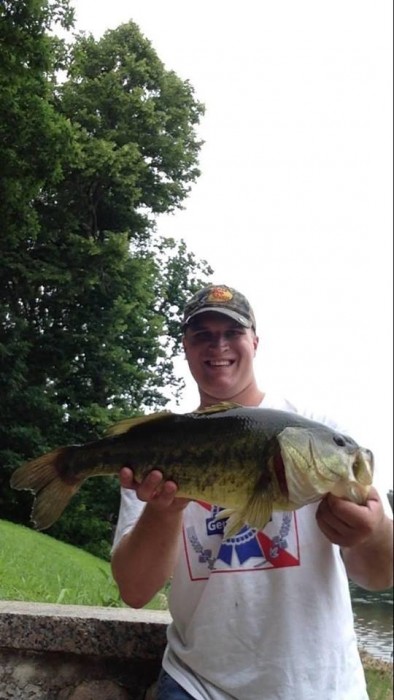 The lake I was fishing has crystal clear water year round, and is undeveloped, except for a few building associated with a university near buy, and a walking path around 3/4 of the lake. This fish was sitting in a brush pile, in shallow water, and I initially spooked it walking along the shore. I went out to a nearby dock and cast to deeper water with a crankbait, hoping to catch it bolting to deeper water,but to no avail. I switched rods, and put on a Mister Twister Poc'it Craw in Okochobee Craw coloring, knowing the water clarity would require a more realistic coloring. I walked back to the spot I intially spotted the fish, she had come back, and pitched the craw towards the weed line. She spotted it and swam over, initially ignoring it, but then doubled back and engulfed it. Due to water clarity, I was able to watch the entire episode.