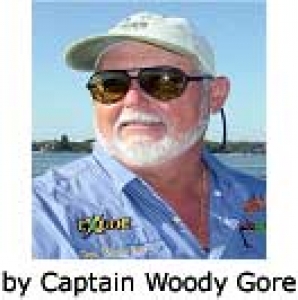 Now is the time for the new "SALTWATER EXUDE SHRIMP"

The mainstay of Mister Twister® design engineers and field staff is to stay ahead of the competition when it comes to designing and producing lures that consistently catch fish.

When it came time to develop a new saltwater lure their first thoughts were, everyone has a shrimp on the market today and guess what they all claim it will catch fish. We'll it probably does but Mr. Twister wanted a lure that would catch fish with the consistency of a natural shrimp. So as the New Saltwater Shrimp became a reality, realism became an essential and adding the time proven EXUDE formula came natural. Mister Twister®, taking their shrimp to the next process level has developed a Saltwater Shrimp that resembles a genuine shrimp and incorporates fish catching scents and oils. And you guessed it the same fish attracting scents and oils that's so poplar in other EXUDE lures.

The new Saltwater Shrimp comes in all the most inviting colors with the highest degree of flash and contrast added to attract fish. Since fish are attracted to contrasting colors and flash be sure to pick the shrimp best suited for your water clarity.

You can rig the new shrimp with a jig head or with the EXUDE® Keeper™ Hook. If rigged with the keeper™ hook the shrimp becomes weedless and can be fished slower across the grass flats. So when fishing shrimp across grass keep in mind shrimp move very slowly and may only occasionally jump backward to avoid being eaten. Fish the bait slowly, twitching it once in a while and stopping it in all sandy potholes.

When fishing the new Saltwater Shrimp by skipping it under docks and around the mangrove trees (for all you Florida anglers). I rig it by placing a 1/16 or 1/8 oz. jig head in the body approximately inch ahead of the tail with the hook point facing up and towards the tail. Make your cast and as the shrimp settles make a short quick twitch, this causes the tail to collapse imitating the natural backward motion of a shrimp. More often than not this initiates an instantaneous strike.

Mister Twister® is continually on the cutting edge of fishing lure technology so give the shrimp a try and join me in catching plenty of our finny friends.

If you're planning a inshore saltwater fishing trip in the Florida area be sure to give Captain Woody Gore a call at 813-982-2034 or visit his website at: www.captainwoodygore.com. 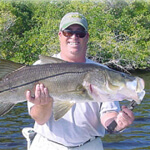 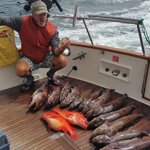 The depth sounder showed exactly what we were in search of. Down went the jigs…
Read More 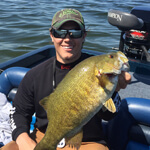