In late February and March, waters warm up and emergent vegetation begins peeking just above the water’s surface.

The 40-year-old Louisiana angler seeks out this newly emergent, spring vegetation to target largemouths on their move to warmer, shallower waters.

One lure he always uses in his arsenal at this time is Mister Twister’s Poc’it Craw.

Recently the angler was catching two to three bass under mats on points on a river system.

“I’ll catch them on sunny days as these fish suspend right under the hyacinths to get benefit of the heat radiating on top,” he said.

Bonadona targets these bass on shoreline points that are matted up with hyacinths. Deep water will usually be close by as bass will move to warmer, deeper thermoclines whenever a new northerly pushes through.

The angler’s Poc’it Craw will be Texas-rigged on a 5/0 hook under a 1/2- or 1-ounce tungsten sinker depending on the thickness of the cover. He also uses small bobber (sinker) stoppers pegged above the sinker.

“Once the Poc’it Craw punches through these mats, they get a reaction bite,” Bonadona said. “You’re agitating those bass, and they will just hit it.”

As for colors, the bass won’t be selective since it’s mainly a reaction bite according to the angler. Bonadona will still attempt to match the color of the Poc’it Craw with the actual colors of the crawfish in the area.

The only exception is when sight-fishing during the spawn when he will pitch white Poc’it Craws to more effectively observe when bass pick the lure off the bed.

“In a recent tournament, the bass were on the banks and the water temperature was 58 degrees,” he said.

The angler found buck bass clustered together in some areas, yet solitary females were found in other locations.

“I’ll pull apart the claws for more action too. And as a result, the jig presents with a fat stubby profile which I’ll flip along the banks and catch bass.

“And if I find bedded fish, I’ll work the lure on the bed,” he said. “That’s also important when sight-fishing because you want the lure to remain on the bed to aggravate the bass in picking it up.”

Another advantage of the Poc’it Craw is that it emits bubbles from its pocketed body – thereby effectively imitating the filter feeding mechanism of real crawfish. 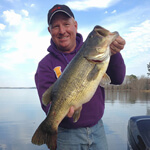 Spring is an exciting time of the year if you're a bass angler. Waters warm up…
Read More

Why You Need To Be Fishing The Poc'it Craw 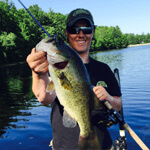 With so many great options for soft plastic lures that Mister Twister offers, it can…
Read More 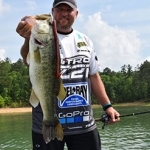